I have too many photos to download..there’s too many to choose from, and I don’t think wordpress can manage them all.  I’ll have to chooose….aaaahhh

Chris and I spent a lovely four days in California.  I cannot begin to express how nice it was to spend time with him away from work and responsibilities.  It was needed and relished.

We arrived Wednesday, out hotel was just outside the gates of Chinatown.  The Astoria Hotel was a bit funky, in the on the line between okay and shady. But we had our own bathroom and the elevator was charming if not sketchy.  And it was cheap and for one night only. We met Chris’ that evening for a bite and a brew and then hit the hay.

On Thursday Chris and I spent the morning in Chinatown and wandered the North end of the city on our town.  We met up with my brother  and his lovely wife for lunch and the rest of the afternoon. What follows are pictures from our first full day…

i could live here

the market on delivery day

drying fish in a window...where else would you dry fish

a graduation at the Episcopal school 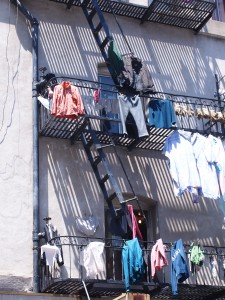 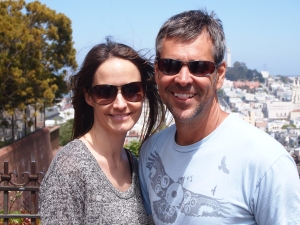 mark and madelyn, the beautiful people 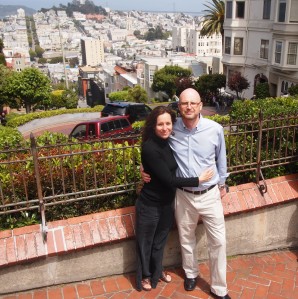 my love and me

Tags: friends, life, travel
From: life, Love
← The World as We Know It
Lovely Trip..day two →
No comments yet